The existing business was purchased by Ian & Monique Burrows in June 2000. The Burrows family is synonymous with the fuel industry dating back to 1974 in regional WA.

In 2016 the company was renamed Refuel Australia as we expanded into the Pilbara and Kimberley regions of WA and then later into the Northern Territory.

In 2018 the company diversified into roadhouses with five sites operational in the first 12 months with plans to increase this number further in the near future.

With a fleet of modern trucks and fuel tankers we are ready to service your industry anywhere in Western Australia or Northern Territory. 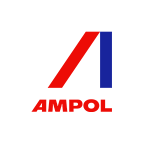